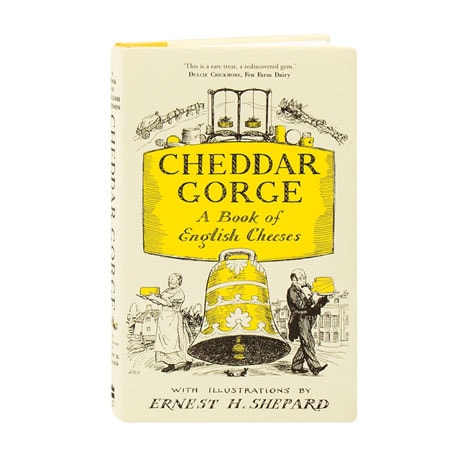 This irresistible love letter to cheese first appeared in 1937; piloted by John Squire, publisher of the London Mercury and diehard champion of English cheeses, it boasts ten distinguished contributors, each waxing on about a particular regional favorite. Where else could one read about a monstrous cheese big enough to hold a girl of 13 inside? Or that the invention of the bicycle directly (and poorly) impacted sales of cheddar? Or how a famous cheesemaker in Manchester selected which Cheshire to sell based on where the mice had been nibbling ("as they were the best judges")? Through these devotions, the checkered beauty of the English landscape emerges, with pictures by Pooh illustrator Ernest Shepard.