On The Ganges: Encounters with Saints and Sinners Along India's Mythic River 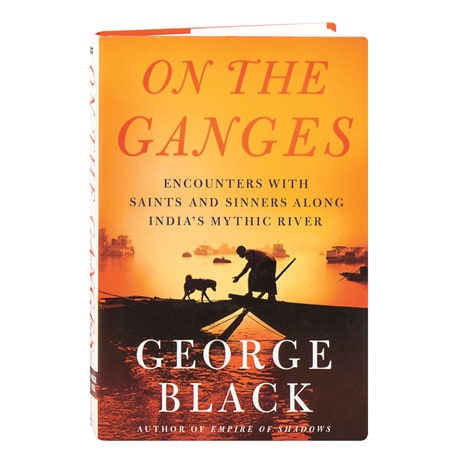 On The Ganges: Encounters with Saints and Sinners Along India's Mythic River

Sacred to Hindus who worship Ganga, the river goddess, the Ganges is also a vital waterway for the world's most populous nation, and it has also long been a magnet for foreigners, some in search of enlightenment and adventure. The author of Empire of Shadows goes on an extraordinary journey from the glaciers of the Himalayas to the sacred city of Varanasi and onward to the "hundred mouths" of the Ganges Delta. Illustrated with 16 pages of color photographs, Black's book is a memorable picture of the great river—with all its riddles and contradictions—a place frequented by a vivid array of people, including religious seekers, workers who eke out a living in squalid factories, the purveyors of a corrupt cremation business, and Brits who continue to live as if the Raj had never ended.