March 1917: On the Brink of War and Revolution 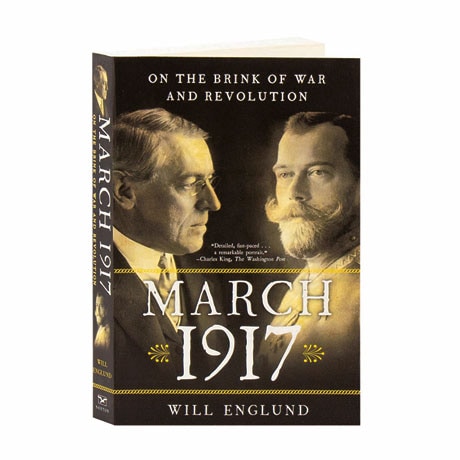 March 1917: On the Brink of War and Revolution

On March 15th, 1917, Tsar Nicholas II abdicated the Russian throne, plunging his country into uncertainty and clearing the way for the Bolshevik Revolution. Weeks later, the U.S. Congress answered Woodrow Wilson's urgent request to declare war on Germany. At home, however, America remained a Jim Crow nation, women agitated for the vote, and labor strife was rampant. Following the war, America and Russia began a century of competitive wariness and ideological hostility that endures to this day. Will Englund incorporates diaries, memoirs, and oral histories in his engaging account of the month that set these superpowers on a collision course.