Where The Bodies Were Buried: Whitey Bulger and the World That Made Him 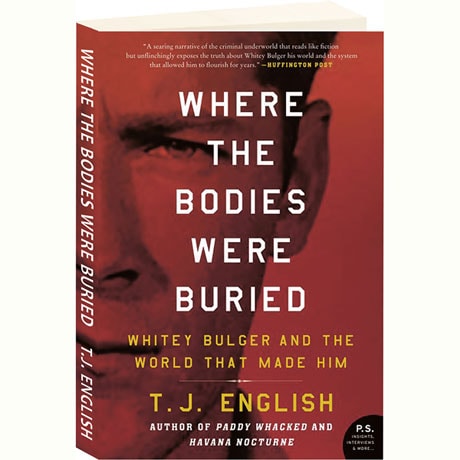 Where The Bodies Were Buried: Whitey Bulger and the World That Made Him

For 16 years, Whitey Bulger eluded the long reach of the law, a dangerous man who was often romanticized as a Robin Hood-like thief and protector. While he was functioning as the de facto mob boss of New England, Bulger was also serving as an informant for the FBI, covertly feeding local prosecutors information about other mob figures—while using their cover to cleverly eliminate his rivals and protect himself from prosecution. Nonetheless, in 2011, Bulger was arrested in southern California on charges of racketeering and murder. T.J. English was there for every day of the trial, which as he explains here, revealed how gangsterism, politics, and law enforcement are disturbingly intertwined in Boston.