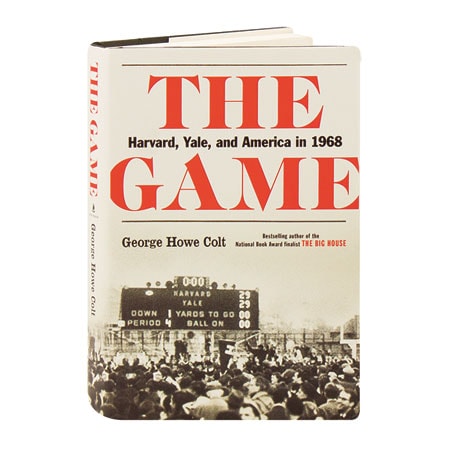 On November 23, 1968, the season-ending clash between Harvard and Yale was a turbulent moment in college football. The final score was 29-29—to some a triumph, after a miraculous comeback in the last 42 seconds; to others a tragedy, capping a year of calamities like the Martin Luther King and Bobby Kennedy assassinations, the Democratic National Convention debacle, inner city riots, campus takeovers, and Vietnam. George Colt looks at both the country and the players—including a young Tommy Lee Jones—and where history was about to take them.