I Heard You Paint Houses: Frank "The Irishman" Sheeran & Closing the Case on Jimmy Hoffa 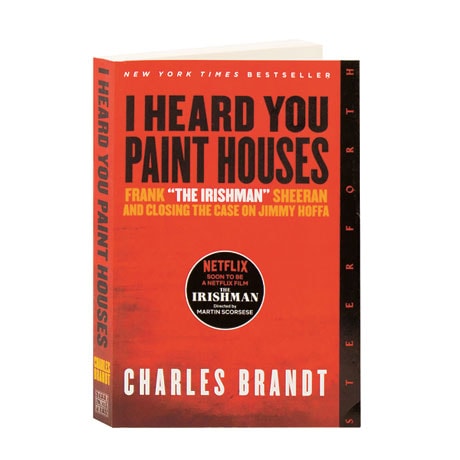 I Heard You Paint Houses: Frank "The Irishman" Sheeran & Closing the Case on Jimmy Hoffa

In the course of nearly five years of recorded interviews, Frank Sheeran confessed to Charles Brandt that he handled more than 25 hits for the mob and for his friend Jimmy Hoffa. Sheeran learned to kill in the U.S. Army, where he saw an astonishing 411 days of active combat duty in Italy during World War II. After returning home he became a hustler and assassin, working for legendary crime boss Russell Bufalino. When Bufalino ordered Sheeran to silence Hoffa, the hitman knew that it was kill or be killed. A true crime classic, Brandt's book is the basis for Martin Scorsese's Academy Award nominated 2019 film, The Irishman, and it contains revelatory information on the Mafia's role in the murder of JFK.