The Food Explorer: The True Adventures of the Globe-Trotting Botanist Who Transformed What America Eats 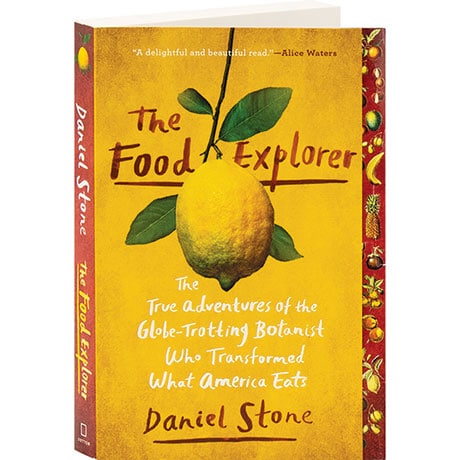 The Food Explorer: The True Adventures of the Globe-Trotting Botanist Who Transformed What America Eats

In the 19th century, American meals were about sustenance, not enjoyment. But as a new century approached, appetites broadened, and young botanist David Fairchild set out in search of foods that would enrich the farmer and enchant the American eater. As Daniel Stone recounts, Fairchild introduced kale from Croatia, mangoes from India, hops from Bavaria, and avocados from Chile. Fairchild's finds weren't just limited to food; from Egypt he sent back a variety of cotton that revolutionized an industry, and via Japan he introduced the cherry blossom tree, forever brightening Washington, D.C. Along the way, he was arrested, caught diseases, and bargained with island tribes, but as Stone explains, his culinary ambition transformed America into the most diverse food system ever created.