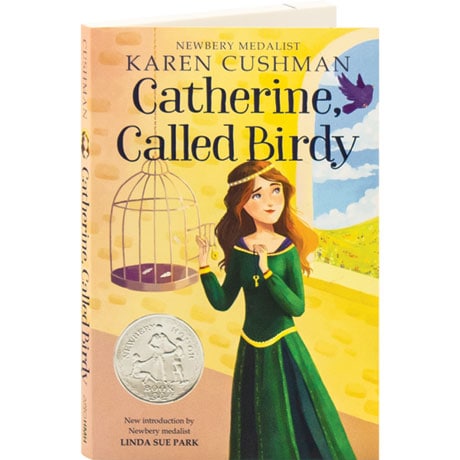 In Karen Cushman's 1994 Newbery Honor Book—her debut historical novel for readers 10 and up—Catherine's mother wants to teach her how to be the lady of the manor and a gentle and patient wife, while her father wants only to see her married off, and profitably. Catherine herself tells us how she hopes to become a painter, a Crusader, a maker of songs, a peddler, a minstrel, a monk, a wart charmer, or any number of things that boys are allowed to be. In fact, the one future she has ruled out is being sold like cheese to the highest bidder. Far from a romantic fairy tale, Catherine's story is an earthy, flea-bitten portrait of everyday life in 12th-century England.

"The period has rarely been presented for young people with such authenticity; the exotic details will intrigue readers while they relate more closely to Birdy's yen for independence and her sensibilities toward the downtrodden. Her tenacity and ebullient naiveté are extraordinary; at once comic and thought-provoking, this first novel is a delight."—Kirkus Reviews