My Life On The Road 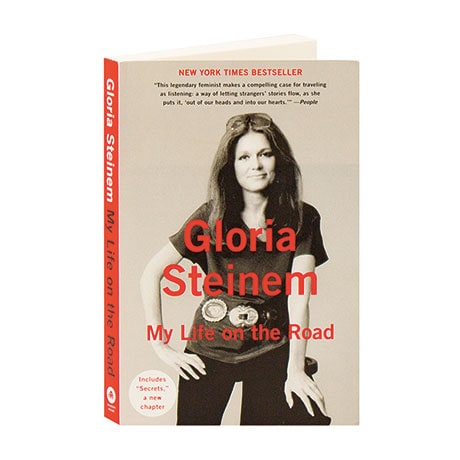 My Life On The Road

The co-founder of Ms. magazine, the recipient of numerous journalism awards, and a winner of the Presidential Medal of Freedom, Gloria Steinem has been a writer, activist, organizer, and leader through five decades; here she offers the candid, previously unknown story of how her early years with an itinerant father led her to a life on the road. It is the realities of travel, she insists, that have made it possible for her to listen and learn from people, and to lead them toward social change. Steinem writes vividly about her times on the campaign trail, from Bobby Kennedy to Hillary Clinton; her early exposure to activism in India; organizing grassroots movements in America; the taxi drivers who were "vectors of modern myths" and the airline stewardesses who embraced feminism; and the "surrealism in everyday life" that she encountered as she traveled back and forth across the country. An intriguing new chapter, "Secrets," has been added to this edition of Steinem's memoir.

"It's amazing to have a lifelong heroine who is also one of my favorite writers. Gloria Steinem is a deeply revolutionary woman. She steered us through the contentious years of the women's movement without losing her humanity or her wonderful sense of humor. She changed America in a fundamental way without being damaged by it or losing her joy. My Life on the Road is filled with beautifully told stories…. It is soul material, human and political, funny and touching, deeply spiritual."—Anne Lamott