Wasn't That A Time: The Weavers, the Blacklist, and the Battle for the Soul of America 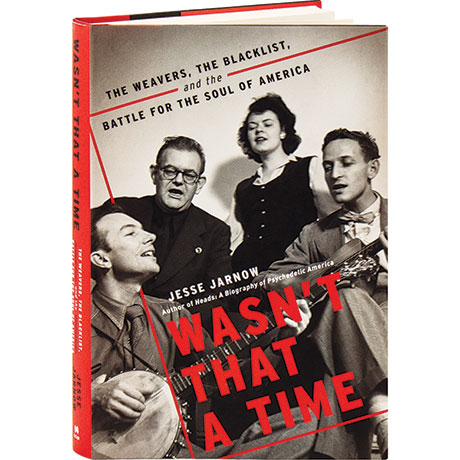 Wasn't That A Time: The Weavers, the Blacklist, and the Battle for the Soul of America

Following a series of 1950s hits that became instant American standards, the Weavers dissolved at the height of their fame, victims of internal conflict but also a harassment campaign brought on by the U.S. government. Exploring how a pop group's harmonies might be heard as a threat worthy of decades of investigation by the FBI, Jesse Jarnow details the remarkable rise of Pete Seeger's unlikely band of folk heroes, from basement hootenannies to the top of the charts, using the Weavers to illuminate the McCarthy era—a dark and complex period of American history.

"Good, gossipy fun, and musically knowledgeable enough that you'll want to reach for the soundtrack and fill in all the blanks."—Jonathan Lethem