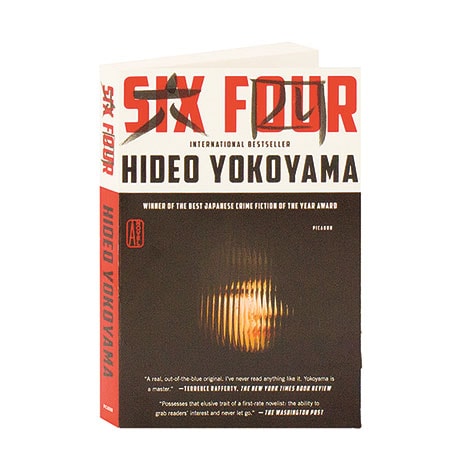 For five days, the parents of a seven-year-old Japanese schoolgirl sat and listened to the demands of their daughter's kidnapper. They would never learn his identity, and they would never see their daughter alive again. Years later, the police department's press officer, Yoshinobu Mikami—a former detective who was involved in the original case and who is now himself the father of a missing daughter—is forced to revisit the botched investigation. The stigma of the case known as "Six Four" has never faded; the police's failure remains a profound source of shame. In this emotionally resonant New York Times Notable Book—also a massive bestseller in Japan—Mikami does not aspire to solve the crime, but when he spots an anomaly in the files, he uncovers secrets he never could have imagined.

"Six Four avoids every crime-fiction cliché. The reward is a gripping novel.... Complex, ingenious and engrossing.... Yokoyama possesses that elusive trait of a first-rate novelist: the ability to grab readers' interest and never let go."—Washington Post