City Of Fortune: How Venice Won and Lost a Naval Empire 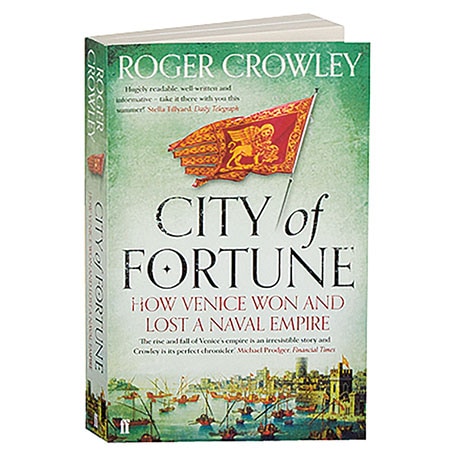 City Of Fortune: How Venice Won and Lost a Naval Empire

Today Venice is lauded as one of the most beautiful places in the world, but the city-state was also once a major player in European politics. The author of Constantinople and Empires of the Sea, Roger Crowley here chronicles Venice's 500-year ascent to becoming the greatest power in the Mediterranean as a gripping epic, beginning on Ascension Day in the year 1000. Venice's path to empire is built on trade routes that funnel the goods of the world through its ports, and includes the sacking of Constantinople, a fight to the finish with Genoa, and a desperate defense against the Turks, and ends with an explosion off the coast of Greece—and the calamitous news that the Portuguese had pioneered a sea route to India.