In Oceans Deep: Courage, Innovation, and Adventure Beneath the Waves 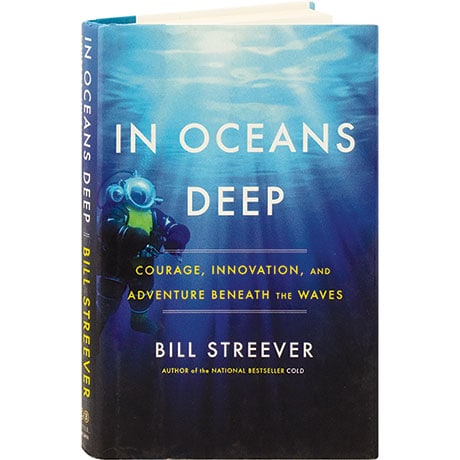 In Oceans Deep: Courage, Innovation, and Adventure Beneath the Waves

A diver himself, Bill Streever celebrates the pioneers who have tested the limits of the human body underwater, including free divers swimming down 300 feet on a single breath, teenagers building diving gear from old boilers and hoses in the 1930s, and saturation divers living underwater for weeks at a time in the 1960s. Amid stories of shipwrecks and oil wells, 17th century leather-hulled submarines and their nuclear powered descendants, the luxury submersibles of the rich, and robots capable of roving between continents, Streever reveals the true treasures of our seas, and why they are in such dire need of conservation.

"In this homage-cum-history of human endeavor in the ocean depths, biologist, writer and diver Bill Streever brings to light a region less explored than the Moon."—Nature