Sgt Pepper At Fifty: The Mood, the Look, the Sound, the Legacy of the Beatles' Great Masterpiece 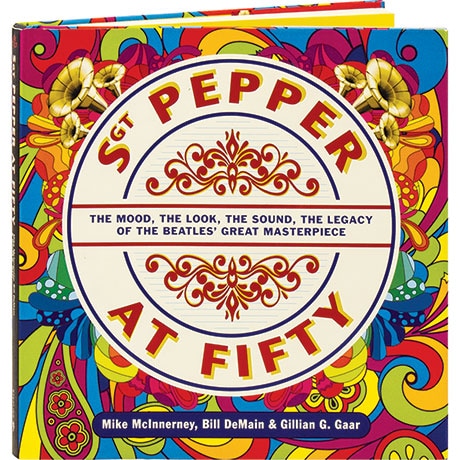 Sgt Pepper At Fifty: The Mood, the Look, the Sound, the Legacy of the Beatles' Great Masterpiece

Five decades after it appeared in 1967, Sgt. Pepper's Lonely Hearts Club Band remains a keystone of the Beatles' career and also pop music as a whole, evoking the sights, sounds, and mood of the Sixties at their most joyously psychedelic. British designer and journalist Mike McInnerney remembers the era well, and joins music writers Bill DeMain and Gillian Gaar for this in-depth tour through the unique cultural moment that led to Sgt. Pepper's creation. Filled with publicity shots, film stills, candid photos, artifacts, ephemera, and handwritten lyrics, the book explores the influences that guided the album's sound, its landmark cover art, and its enduring legacy.