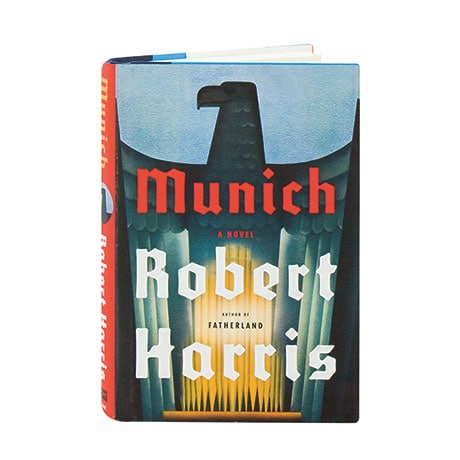 Hugh Legat is a rising star of the British diplomatic service, serving at 10 Downing Street as a private secretary to the Prime Minister, Neville Chamberlain. Paul von Hartmann is on the staff of the German Foreign Office—and secretly a member of the anti-Hitler resistance. The two men were friends at Oxford in the 1920s, but have not been in contact since. In this novel by the author of Fatherland, Hugh flies with Chamberlain from London to Munich, and Hartmann travels on Hitler's train overnight from Berlin, and soon the two men will find that their paths are set on a disastrous collision course.

"An intelligent thriller ... with exacting attention to historical detail. The novel's power lies in the conflict between our hindsight and the characters' all-too-believable hopes and fears."—The Times (UK)