Tip Of The Iceberg: My 3,000 Mile Journey Around Wild Alaska, the Last Great American Frontier 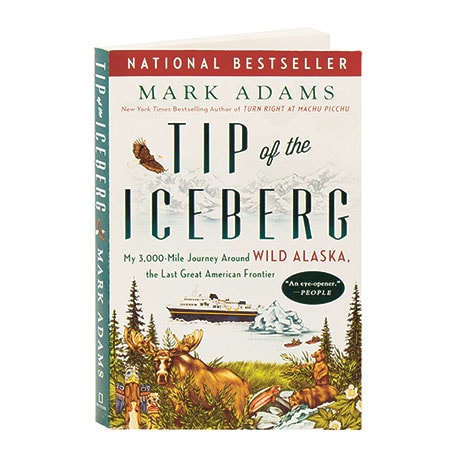 Tip Of The Iceberg: My 3,000 Mile Journey Around Wild Alaska, the Last Great American Frontier

In 1899, railroad magnate Edward H. Harriman organized a most unusual summer voyage to the wilds of Alaska: He converted a steamship into a "floating university," populated by some of America's brightest scientists and writers, including eco-prophet John Muir. Armed with Dramamine and a mosquito net, the author of Turn Right at Machu Picchu sets out to retrace the expedition. Traveling by water, Mark Adams ventures 3,000 miles north through Juneau, then continues to the stranger regions of the Aleutians and the Arctic Circle. Along the way, he encounters dozens of unusual characters (and a couple of very hungry bears) as he investigates how Alaska is adapting to the pressures of a changing climate and world.