Northern Armageddon: The Battle of the Plains of Abraham and the Making of the American Revolution 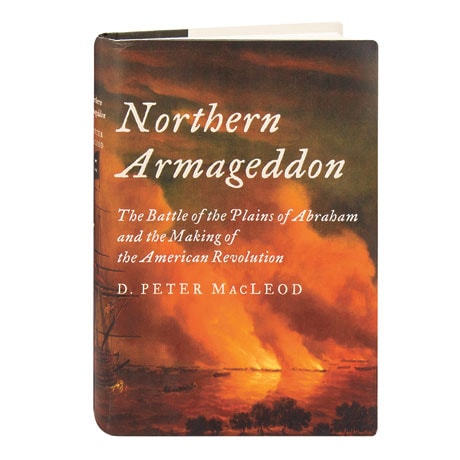 Northern Armageddon: The Battle of the Plains of Abraham and the Making of the American Revolution

Lasting only 20 minutes, the 1759 battle on Quebec's Plains of Abraham changed the course of North American history forever; the British lost General James Wolf, but with their victory over French forces, they gained an important foothold in Canada and hastened the end of the French and Indian War. Drawing upon letters and diaries to provide a visceral, soldier's-eye-view of the battle, D. Peter MacLeod also traces the impact of the struggle down through the decades, showing how an ambitious Britain's tightening grip on the 13 American colonies inspired resistance and rebellion; when America's war for independence finally erupted 15 years later, a vengeful France would emerge as the rebellion's foremost ally.