Fighting For The Empire: An Irish Doctor's Adventures Through Imperial Campaigns and Two World Wars 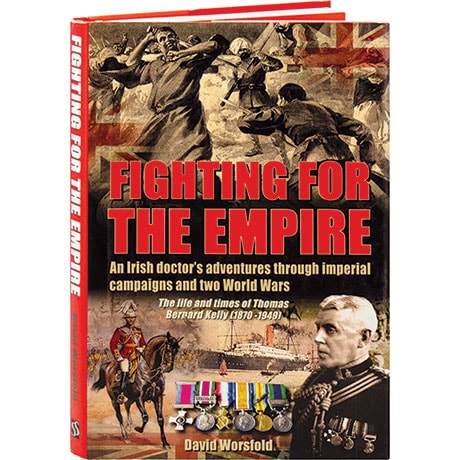 Fighting For The Empire: An Irish Doctor's Adventures Through Imperial Campaigns and Two World Wars

Joining Britain's Medical Service in 1896, Irishman Thomas Kelly was sent to India, where he was one of the first Westerners to set foot in the mysterious mountain city of Lhasa. During the Great War, Kelly was commended in dispatches four times, particularly for his role in the brutal siege of Kut. Too old for the Royal Navy in World War II, Kelly became a Merchant Navy surgeon—even taking part in evacuating British soldiers from Bordeaux as France fell to the Nazis—until 1944, when the 74-year-old patriot was sent home, still protesting that he was more than fit to remain at sea. With photos from Kelly's personal albums and other private collections, this fascinating biography is a look not just at an individual's bravery but at the closing years of the British Empire.