Kennedy And King: The President, the Pastor, and the Battle Over Civil Rights 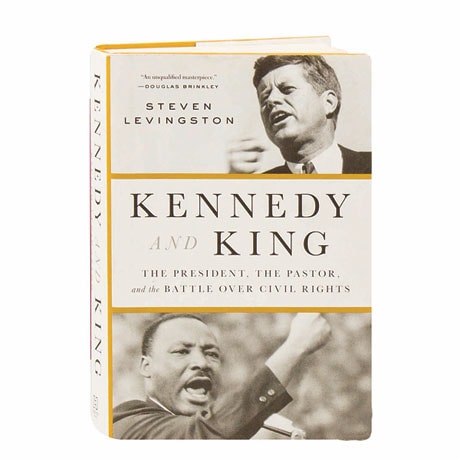 Kennedy And King: The President, the Pastor, and the Battle Over Civil Rights

Both John Kennedy and Martin Luther King were gifted, charismatic leaders, yet the wealthy Irish Catholic and the Southern Baptist preacher were from starkly different worlds. Nonetheless, these two men had a powerful impact on each other even as they shaped the civil rights battle in the early 1960s, posits Steven Livingston. From Harry Belafonte's Manhattan apartment to the White House, and from the Birmingham jail to the Kennedys' Palm Beach estate, Livingston traces the events of this turbulent era, recounting how Kennedy's hesitation spurred King to greater acts of courage, and King in turn inspired the president to finally make a bold commitment to equality. "An unqualified masterpiece of historical narrative.... A landmark achievement."—Douglas Brinkley