Macarthur's Spies: The Soldier, the Singer, and the Spymaster Who Defied the Japanese in World War II 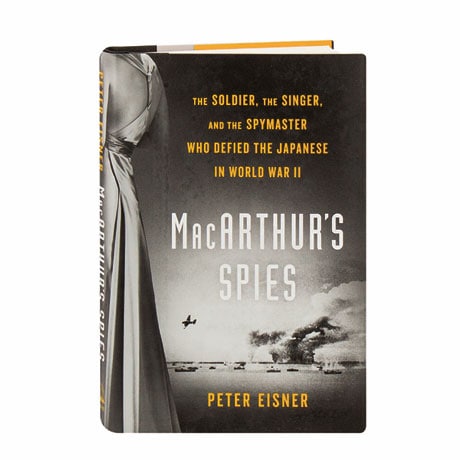 Macarthur's Spies: The Soldier, the Singer, and the Spymaster Who Defied the Japanese in World War II

Tokyo considered the conquest of the Philippines a vital part of its domination over the Far East, and in January 1942, Japanese troops marched into Manila, unopposed by U.S. forces. As Peter Eisner reveals here, however, the resistance had only begun. From a jungle hideout, Colonel John Boone led a force of Filipino fighters to stage demolitions and attacks, while American businessman "Chick" Parsons escaped in the guise of a Panamanian diplomat, returning as General MacArthur's spymaster to coordinate guerrilla efforts with the planned Allied invasion. Most intriguingly, singer Claire Phillips used her nightclub as a cover for supplying food to Americans in the hills, and as a place to gather information from the Japanese clientele.