The Mafia's President: Nixon and the Mob 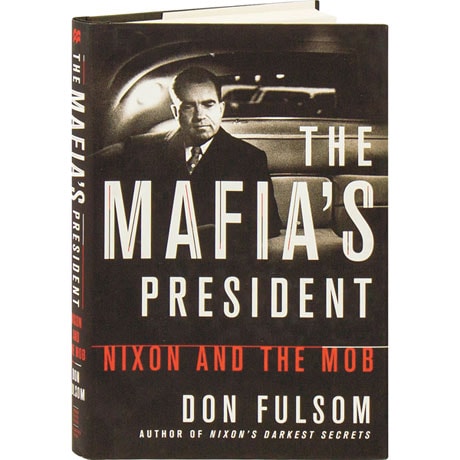 The Mafia's President: Nixon and the Mob

Throughout much of his career, Richard Nixon was in direct contact with the Mafia, with his connections made by his campaign manager Murray Chotiner—a lawyer who specialized in representing mobsters. Drawing on newly released government tapes and documents, Don Fulsom offers an eye-opening account of Nixon's dealings with such figures as Mickey Cohen, mob financial guru Meyer Lansky, and New Orleans Mafia boss Carlos Marcello. Fulsom also reveals the litany of favors Nixon exchanged with these sinister characters over decades, ranging from springing Jimmy Hoffa from prison to banning the federal government from using the terms "Mafia" and "La Cosa Nostra."