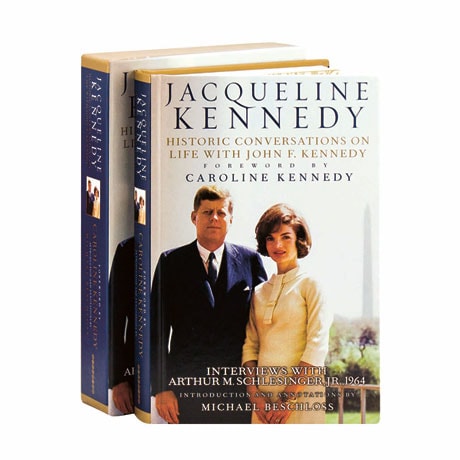 Shortly after John F. Kennedy's assassination, Jacqueline Kennedy found the strength to set aside her own personal grief and begin the task of documenting and preserving her husband's legacy. In January of 1964, she sat down with Arthur Schlesinger Jr. to record detailed and unvarnished accounts of her experiences and impressions. This set captures the series of interviews on 8 CDs, while the hardcover book contains the complete transcripts and dozens of rarely-seen family photographs. In this intimate portrait of a man, a marriage, and a presidency, the former First Lady opens up on JFK's private opinions of friends and rivals, his attitude towards his Catholic faith, and his plans for his second term.