As Good As Dead: The Daring Escape of American POWs From a Japanese Death Camp 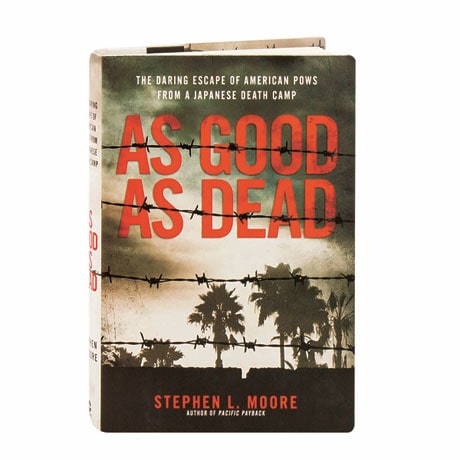 As Good As Dead: The Daring Escape of American POWs From a Japanese Death Camp

As the Allies retook the Japanese-held Philippines in late 1944, 150 American prisoners of war were still held on the island of Palawan. After years of slave labor, starvation, disease, and torture, their worst fears were about to be realized, as they were forced into air raid shelters that were then set on fire. Dozens of men attempted to escape by jumping from the cliffs nearby, though only 11 survived. As Stephen Moore recounts in this gripping and inspiring saga, their desperate journey to freedom had just begun, and the survivors of the Palawan Massacre spent weeks evading Japanese patrols, swimming shark-infested bays, and wandering through treacherous jungles, hoping to find friendly Filipino guerrillas. Their incredible resilience and courage makes this one of the greatest escape stories of World War II.