Never Call Me A Hero: A Legendary American Dive-Bomber Pilot Remembers the Battle of Midway 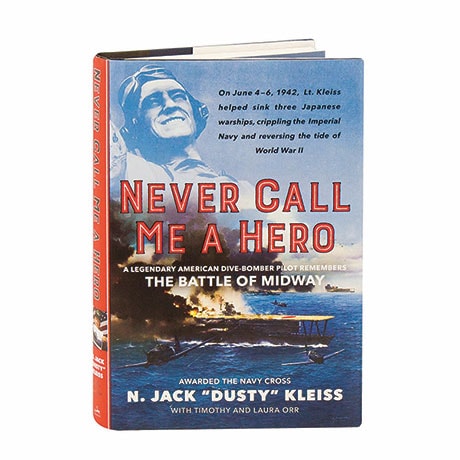 Never Call Me A Hero: A Legendary American Dive-Bomber Pilot Remembers the Battle of Midway

On the morning of June 4, 1942, high above the tiny Pacific atoll of Midway, Lt. Jack "Dusty" Kleiss burst out of the clouds and piloted his SBD Dauntless into a near-vertical dive aimed at the heart of Japan's Imperial Navy, which six months earlier had struck Pearl Harbor. The greatest naval battle in history raged around him, as the U.S. desperately searched for its first major victory of World War II. Over the course of three days, Kleiss contributed to the sinking of three warships, a feat that no other pilot of the war accomplished; remarkably, he never spoke about his contribution. Completed in time for the 75th anniversary of Midway, this thrilling memoir is Kleiss's tribute to the men who fought alongside him, turning the tide in the Pacific War.