Brothers Down: Pearl Harbor and The Fate of the Many Brothers Aboard the USS Arizona 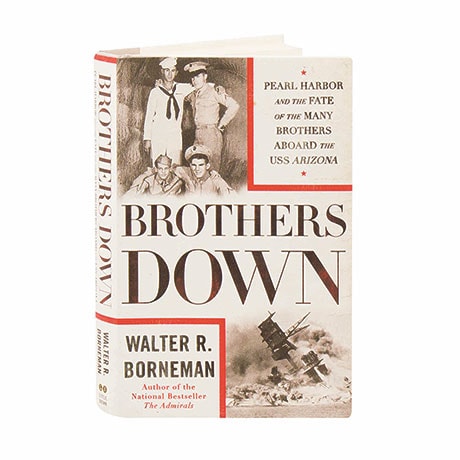 Brothers Down: Pearl Harbor and The Fate of the Many Brothers Aboard the USS Arizona

The surprise attack at Pearl Harbor on December 7, 1941 remains one of the most traumatic events in American history. America's battleship fleet was crippled, thousands of lives were lost, and the United States was propelled into a world war. Tragically, in an era when family members serving together was an accepted, even encouraged, practice, 63 of the Arizona's 1,177 dead turned out to be brothers. Drawing from a treasure trove of unpublished source material, the author of MacArthur at War tells the stories of some of these sailors, bringing to vivid life the decisions that became a matter of life or death when the bombs began to fall.