The Last Whalers: Three Years in the Far Pacific with a Courageous Tribe and a Vanishing Way of Life 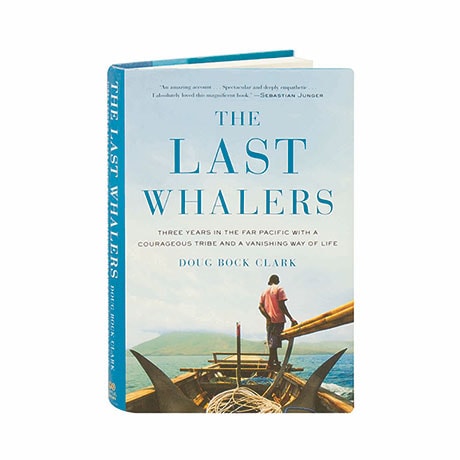 The Last Whalers: Three Years in the Far Pacific with a Courageous Tribe and a Vanishing Way of Life

On a volcanic island in the Savu Sea so remote that other Indonesians call it "The Land Left Behind" live the Lamalerans, a tribe of 1500 hunter-gatherers who are the world's last subsistence whalers. One of a handful of Westerners who speak the Lamaleran language, Doug Bock Clark lived with the tribe across three years, and in this New York Times Notable Book, he introduces Jon, an orphaned apprentice whaler; Ika, his indomitable younger sister, eager to forge a life unconstrained by tradition; Frans, an aging shaman; and Ben, who would secretly rather become a DJ in the distant tourist mecca of Bali.

"Accessible and empathetic.... Clark creates a thoughtful look at the precariousness of cultural values and the lure of modernization in the developing world."—Publishers Weekly