Captain Bligh's Portable Nightmare: From the Bounty to Safety—4,162 Miles across the Pacific in a Rowing Boat 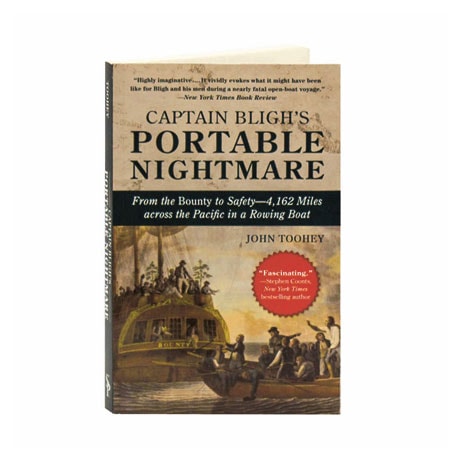 Captain Bligh's Portable Nightmare: From the Bounty to Safety—4,162 Miles across the Pacific in a Rowing Boat

At dawn on April 28, 1789, Captain William Bligh and 18 men from HMS Bounty were herded onto a 23-foot launch and abandoned in the middle of the Pacific Ocean. Thus began their extraordinary journey to Java—a perilous voyage of 4,162 miles. It was one of the greatest achievements in the history of European seafaring, John Toohey argues here, and a personal triumph for a man who has long been misjudged. Combining extensive research with dazzling storytelling, Toohey tells a gripping tale of seafaring, exploration, and mutiny on the high seas, while also dispelling the black legend of the cruel and foulmouthed Captain William Bligh and reinstating him not just as a man of his times but as a true hero.