The Irish Brigade: A Pictorial History of the Famed Civil War Fighters 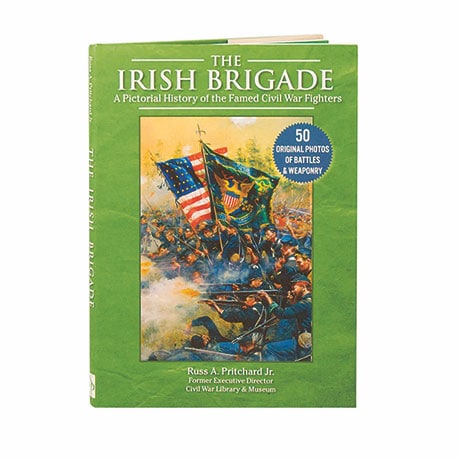 The Irish Brigade: A Pictorial History of the Famed Civil War Fighters

From First Bull Run in 1861 to the Confederate surrender at Appomattox Court House in 1865, the Union's Irish Brigade was one of the Civil War's most formidable fighting units, noted as well for its dash and gallantry under fire. Looking beyond the legendry, this book tells the full story of General Thomas Francis Meagher and his soldiers. Along with rare photos of the troops and dramatic paintings of them in action, the dozens of photos in this history include images of their ornate swords and rifles, their flags and insignia, and the famed battlefields where they earned lasting glory.