The Secrets Of The Notebook: A Woman's Quest to Uncover Her Royal Family Secret 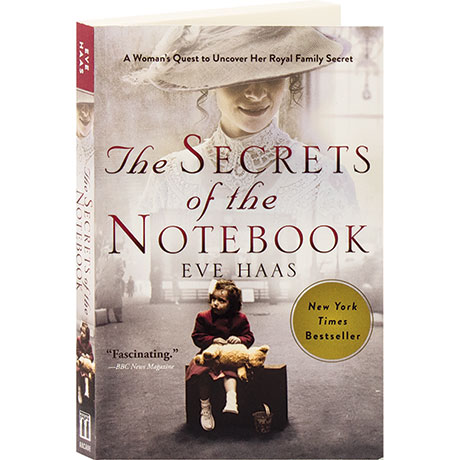 The Secrets Of The Notebook: A Woman's Quest to Uncover Her Royal Family Secret

Following an air raid in the blitz, Eve Haas—whose German-Jewish family took refuge in London—was informed that her great-great grandmother Emilie was married to a Prussian prince. Later in life, Eve inherited a diary that had been handed down through the years, and she became obsessed with proving this birthright, and her search would put her at risk in communist East Germany. What she unearths is a love story set against the upheaval of the Napoleonic wars and the anti-Semitism of the Prussian court, and a ruse that both protected Emilie's daughter and probably condemned her granddaughter—Eve's beloved grandmother, Anna—to death in the Nazi camps.