Napoleon's Hemorrhoids: And Other Small Events that Changed History 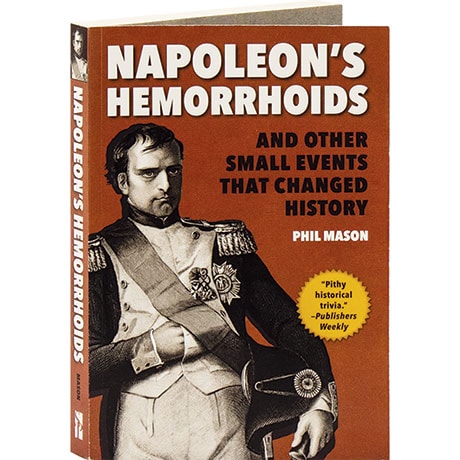 Napoleon's Hemorrhoids: And Other Small Events that Changed History

What were Albert Einstein's last words? What was Hitler's real family name? What sport did Fidel Castro almost play professionally in America? And how did Napoleon's painful hemorrhoids affect his performance at the Battle of Waterloo? In this book Phil Mason gives us a collection of anecdotal glimpses at the flipside of history. At Waterloo, Napoleon could not mount his horse to survey the battlefield. Fidel Castro was very nearly an American baseball player. Hitler's father's name was actually Shicklgruber, until his mother remarried and he took his stepfather's name—Hitler. And no one actually knows what Einstein's last words were, as his nurse did not speak German.