Bound By War: How the United States and the Philippines Built America's First Pacific Century 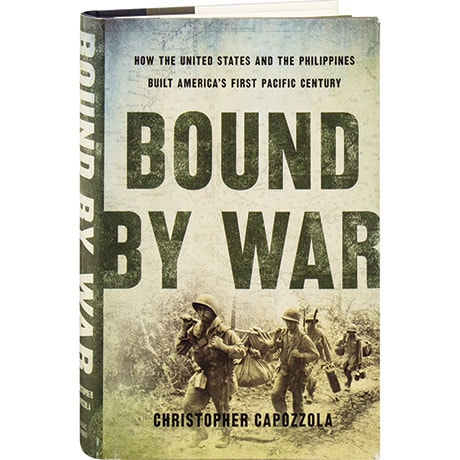 Bound By War: How the United States and the Philippines Built America's First Pacific Century

Ever since U.S. troops occupied the Philippines in 1898, generations of Filipinos have served in and alongside American armed forces as soldiers, scouts, and contractors. Telling the story of a century of conflict and migration, Christopher Capozzola reveals this forgotten history, showing how war and military service forged an enduring yet fraught alliance between Americans and Filipinos. As the U.S. military expanded in Asia, American forces confronted their Pacific rivals from Philippine bases—an uneven partnership that reshaped Philippine society and politics, and gradually brought thousands of Filipinos to America.