The Jazz Of Physics: The Secret Link Between Music and the Structure of the Universe 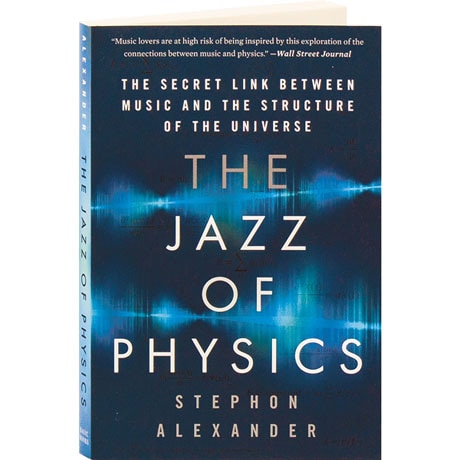 The Jazz Of Physics: The Secret Link Between Music and the Structure of the Universe

Inspired by Einstein, John Coltrane drew the 12 musical notes in a circle and connected them by straight lines, forming a five-pointed star; throughout his career, the legendary sax man put physics and geometry at the core of his music. In the tradition of thinkers who drew links between music and physics—including Pythagoras, Kepler, Newton, and Einstein—physicist and jazz musician Stephon Alexander here explores the connection between the fundamental waves that make up sound and the waves that make up everything else. Seriously considering the ancient idea of "the music of the spheres," argues Alexander, can clarify some of most vexing questions in physics.

"In the most engaging chapters of this book—part memoir, part history of science, part physics popularization and part jazz lesson—Dr. Alexander ventures far out onto the cutting edge of modern cosmology, presenting a compelling case for vibration and resonance being at the heart of the physical structure we find around us, from the smallest particle of matter to the largest clusters of galaxies.... His report on the state of research into the structure and history of the universe ... makes for compelling reading, as does his life story."—NYTimes