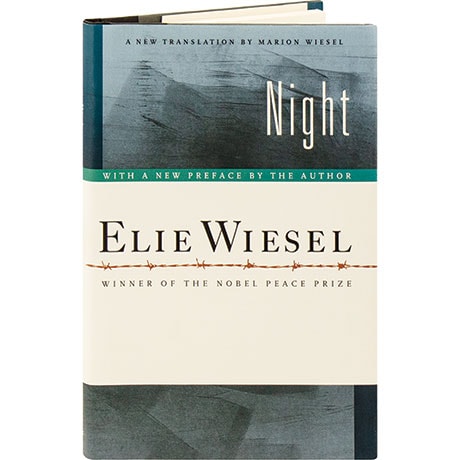 Born in the town of Sighet, Transylvania, Elie Wiesel was a teenager when he and his family were taken from their home in 1944 to the Auschwitz death camp and then to Buchenwald. This "slim volume of terrifying power" (NYTimes) contains the Nobel Prize winner's memories of the death of his family, the death of his own innocence, and his despair as a deeply observant Jew confronting the evil of man. A new translation by his wife corrects important details, and Wiesel also provides a new preface.

"A heartbreaking memoir. Wiesel has taken his painful memories and channeled them into an amazing document which chronicles his most intense emotions every step along the way."—Anchorage Daily News