Can Democracy Work?: A Short History of a Radical Idea, from Ancient Athens to Our World 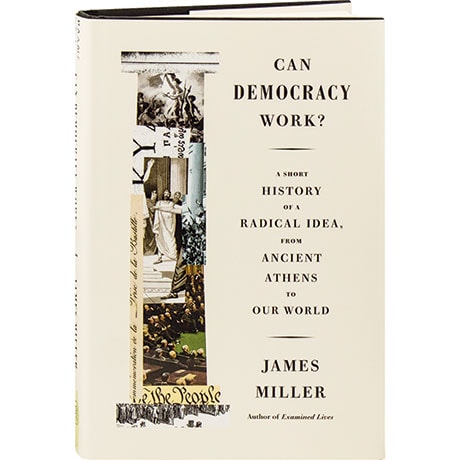 Can Democracy Work?: A Short History of a Radical Idea, from Ancient Athens to Our World

Today, democracy is the world's only broadly accepted political system, and yet it has become synonymous with disappointment and crisis. How did it come to this? Tracing the history of the idea, the author of the National Book Critics Award finalist Democracy Is in the Streets explains why ancient Greeks were suspicious of elections and preferred to choose leaders by lottery; French revolutionaries came to see the people as the enemy; and in America, the battle over voting rights seems like it might never end. Throughout the 20th century, James Miller points out, communists, liberals, and nationalists all sought to claim the ideals of democracy for themselves—even as they failed to realize them.