Hunting The Truth: Memoirs of Beate and Serge Klarsfeld 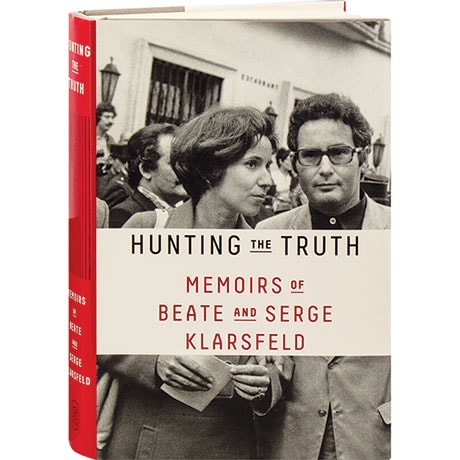 Hunting The Truth: Memoirs of Beate and Serge Klarsfeld

For more than half a century, Beate and Serge Klarsfeld have hunted, confronted, and exposed Nazi war criminals—including notorious torturer Klaus Barbie, Kurt Lischka, and Vichy police chief Maurice Papon—tracking them down in places as far-flung as South America and the Middle East. As the duo reveals here, Beate's father was in the Wehrmacht, while Serge's father was deported to Auschwitz because he was a Jew. They have been jailed and targeted by letter bombs, and their car was even blown up. Yet nothing has daunted the Klarsfelds in their pursuit of justice; as they explain here, few original Nazis remain, but it is still crucial to oppose far-right extremists like perennial French political candidate Marine Le Pen.