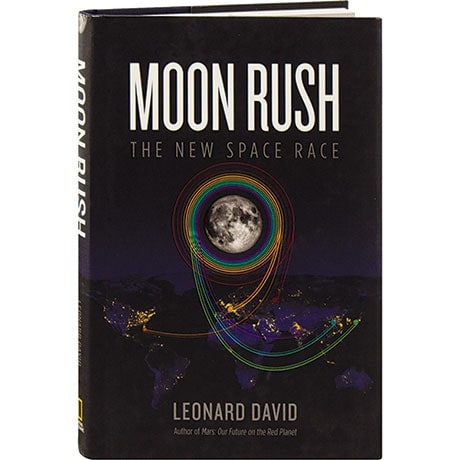 Spurred on by the Google Lunar XPRIZE—$20 million for the first to get to the moon and send images home—the 21st-century space race back to the moon has become more urgent than ever. Exploring the Earth's nearest neighbor, Leonard David reflects on the ancient myths it inspired, and shares stories never before told about the Apollo missions and Cold War plans for military surveillance and missile launches from the moon. Illustrating his text with maps, graphics, and photographs, David offers inside information about how the United States, allies and competitors, as well as key private corporations like Moon Express and Jeff Bezos's Blue Origin, plan to reach, inhabit, and even harvest the moon in the decades to come.