A Voyage In The Clouds: The (Mostly) True Story of the First International Flight by Balloon in 1785 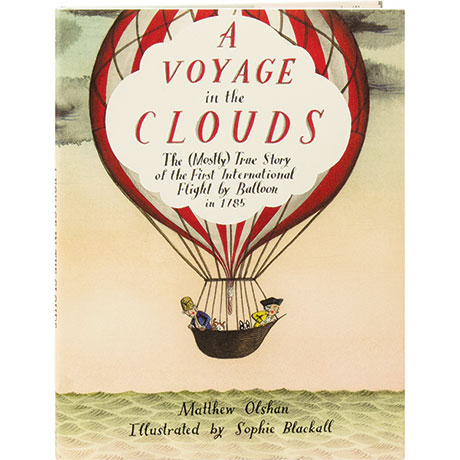 A Voyage In The Clouds: The (Mostly) True Story of the First International Flight by Balloon in 1785

On January 7, 1785, Englishman John Jeffries and his French pilot, Jean-Pierre Blanchard, set out to be the first to ever cross the English Channel to France in a balloon. All seemed to be going fine, until Jeffries decides the balloon looks too fat—and then it begins to sink. In Matthew Olshan's funny and fundamentally true story for readers 5 to 8, Jeffries and Blanchard throw as much as they can overboard, even their clothes; they need an even better solution if they are to survive. A Caldecott Medal winner for Finding Winnie and Hello Lighthouse, Sophie Blackall, brings modern comic flair to her painted depictions of 18th-century Europe.