Midnight At Marble Arch: A Charlotte and Thomas Pitt Novel 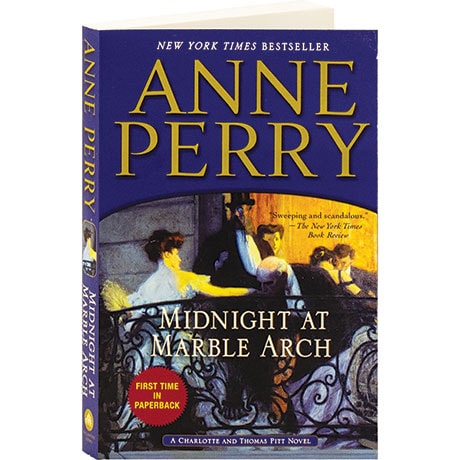 Midnight At Marble Arch: A Charlotte and Thomas Pitt Novel

The horrifying rape and apparent suicide of Catherine Quixwood, the cultured wife of a merchant banker, falls outside the jurisdiction of Thomas Pitt's Special Branch. But when ugly and pervasive rumors about the victim begin to gain currency, Pitt quietly takes a hand in the investigation, in this 28th mystery in the series, following Dorchester Terrace. Anne Perry transports us to a society in which the victims of the most heinous crimes are too often held up for blame, while powerful men escape behind their privilege—a world in which Thomas and Charlotte's daughter Jemima will soon come of age herself.