Not Safe After Dark: And Other Stories 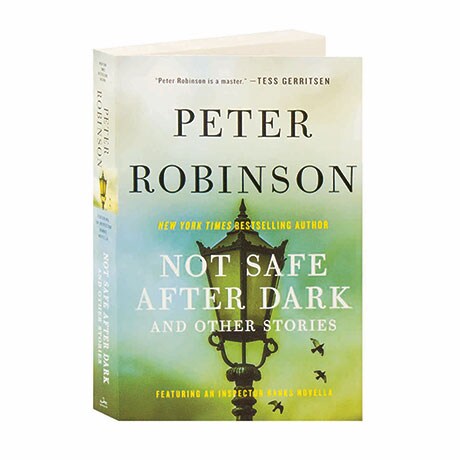 Not Safe After Dark: And Other Stories

A prolific novelist but also a skilled writer of short fiction, Peter Robinson shows his depth here in 20 stories whose settings range from 16th century Vienna to 1916 Yorkshire, and from Paris in 1968 to contemporary Florida. In the novella "Going Back", Inspector Banks' trip to celebrate his parents' Golden Anniversary reveals how evil can wear many disguises, and the detective also appears in "Anna Said" and "Summer Rain." In the Edgar Award-winning "Missing in Action," the disappearance of a young boy in the early days of WWII sparks a mob mentality with chilling results, while "Innocence" captures the desperate plight of a man trapped by a set of coincidences that derail his life and lead him down a dark path he was destined to travel.