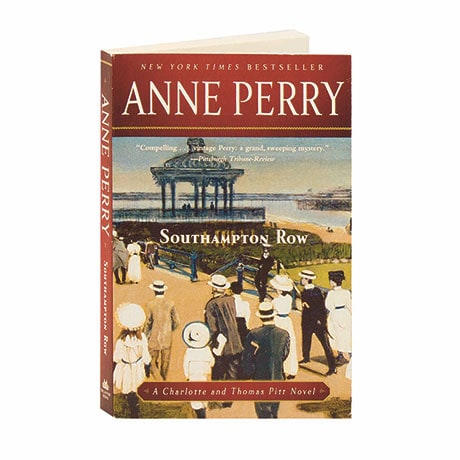 Victoria's government is on the verge of a fateful general election, in this riveting 22nd entry (following closely on The Whitechapel Conspiracy). Members of a secret society are bent on grabbing power and getting their man in office, Tory candidate Sir Charles Voisey, who also happens to be Thomas Pitt's worst enemy. Now with the Special Branch, Pitt gives up his family vacation to help keep a national disaster from erupting—particularly after the Liberal candidate's wife hosts a séance that results in murder.

"Perry's Victorian novels attain the societal sweep of Trollope or Thackeray; she has absolute command over both political history and the small, fascinating details of everyday life…. Fast moving and utterly engrossing."—Booklist (starred review)