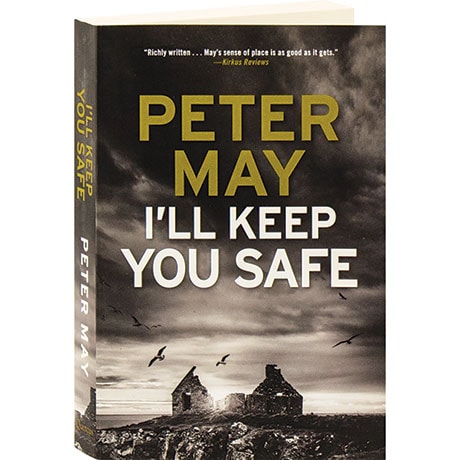 The creator of the Enzo Files and the haunting Lewis trilogy, Scottish-born novelist Peter May formerly wrote and produced top-rated drama series for British television, and has been awarded the Cezam Prix Littéraire—the national literature award—in his adopted home of France.

This standalone thriller alternates between the glamour of the Paris fashion world and the rugged beauty of the Isle of Harris, the mountainous southern end of the Isle of Lewis. Niamh and Ruairidh—friends since childhood and now lovers and business partners—produce a unique version of the legally protected Harris Tweed, though their relationship is beginning to fray. After Niamh accuses him of sleeping with their Russian designer Irina, Ruairidh storms off in Irina's car, which then explodes in a ball of flame. Now a prime suspect in his death, Niamh is nearly murdered herself, and realizes that her world is not at all what she'd thought.