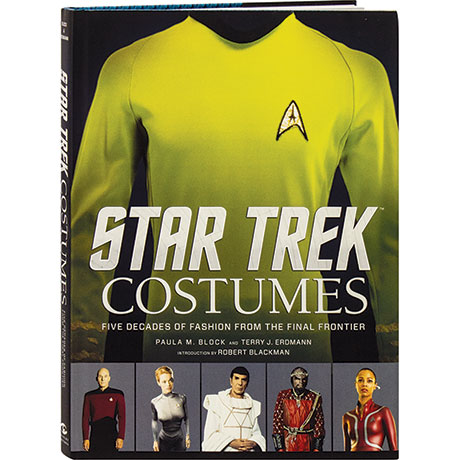 Since the first episodes of the Original Series in 1966, the drama and believability of Star Trek has relied heavily on its costumes. How do you make a uniform of the future seem authentic? What would a beautiful woman from an alien planet wear—and how much could she show off before the censors stepped in? And why was Patrick Stewart's characteristic tug on his uniform dubbed "the Picard Maneuver?" This oversized, in-depth, gloriously illustrated album takes us from the velour tunics and titillating gowns of William Ware Theiss through the vastly expanded mission of costuming in the feature films, The Next Generation, and the subsequent spinoffs, when designers like Robert Blackman brilliantly conveyed essential elements of the characters and stories.