Chesapeake Requiem: A Year with the Watermen of Vanishing Tangier Island 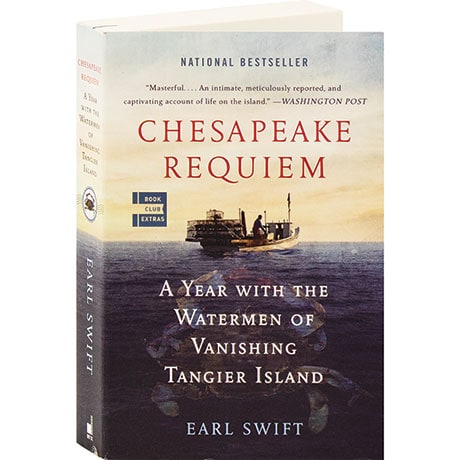 Chesapeake Requiem: A Year with the Watermen of Vanishing Tangier Island

In the Chesapeake Bay, Virginia's Tangier Island is home to 470 hardy people who live an isolated and challenging existence, with one foot in the 21st century and another in times long passed. Most of the inhabitants are dependent on the bay for their livelihood, and the island has been called the softshell crab capital of the world. Yet for all of its long history, and despite its tenacity, Tangier is being eroded by the tides, likely to disappear altogether in just a few decades. Earl Swift spent a year crabbing and oystering with Tangier's watermen, and observing their traditions and odd ways. What emerges is the poignant tale of a vanishing world—and a preview of the fate that might await countless coastal communities.