Normandy '44: D-Day and the Epic 77-Day Battle for France 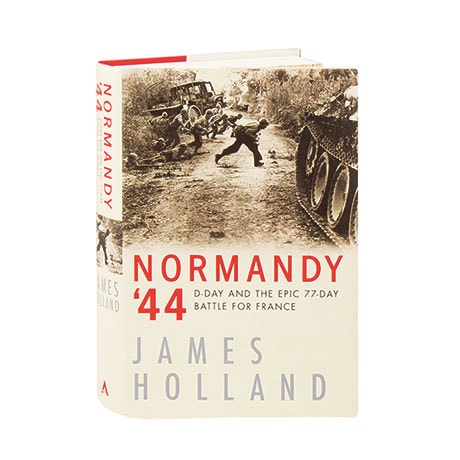 Normandy '44: D-Day and the Epic 77-Day Battle for France

For the Allies, June 6, 1944 was a triumph of planning and execution, but it was only the beginning of some of the fiercest fighting in history. Many parts of the Overlord campaign remain shrouded in mystery, however, and so the author of The Allies Strike Back relates the extraordinary planning that made victory in France possible, as well as the unforeseen events that caused tactics to be adjusted on the fly. Along with a vivid account of these battles, James Holland reappraises such figures as Eisenhower, Rommel, Montgomery, but also draws fresh perspective from the accounts of lesser known soldiers who experienced these cataclysmic "From Omaha Beach to the Falaise Gap, this is thoughtful, crisply written military history."—Booklist