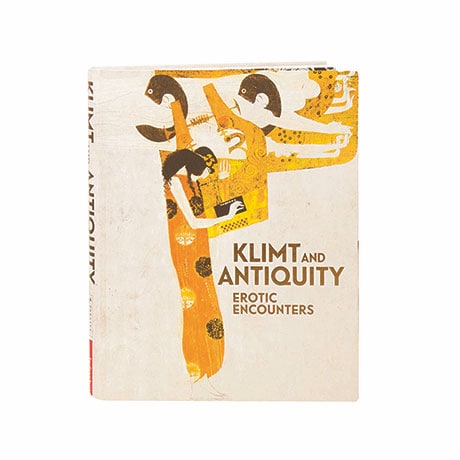 One of the most beautiful books of the art nouveau period was a 1907 edition of Lucian's Dialogues of the Courtesans that included fifteen erotic drawings by Gustav Klimt. Inspired by the red and black pottery of ancient Attica, some depicting explicit scenes, as well as by Lucian's text dominated by female characters, Klimt found an expressive freedom in his drawing that shocked many of the critics of his day. This exhibit catalog from Vienna's Belvedere museum creates a visual dialog between Klimt's oeuvre and the ancient works from which he took his cue, including full-page reproductions of Klimt's art, pages from the vintage work, and English translations of the complete dialogues.