A Guest Of The Reich: The Story of American Heiress Gertrude Legendre's Dramatic Captivity and Escape from Nazi Germany 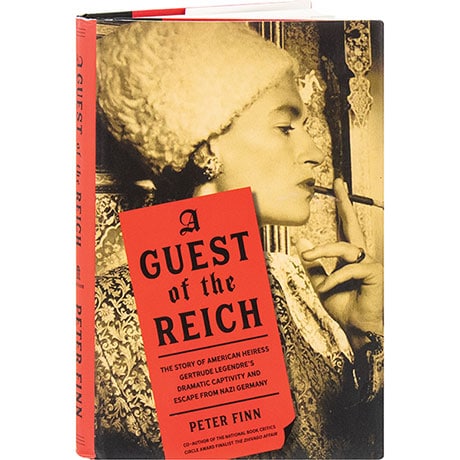 A Guest Of The Reich: The Story of American Heiress Gertrude Legendre's Dramatic Captivity and Escape from Nazi Germany

She was an heiress from South Carolina, a naturalist, explorer, and big-game hunter from a wealthy industrial family in the Jazz Age, and her adventurous spirit inspired the Broadway play Holiday. Gertrude "Gertie" Legendre was married and a mother of two when the Japanese bombed Pearl Harbor, and she volunteered for the OSS spy organization. In Washington and in London, some of the most closely held U.S. secrets passed through her hands. Then, on leave in liberated Paris in 1944, she strayed over the front line and was captured by the Nazis. As a "special prisoner" of the SS, she was repeatedly interrogated and moved from city to city, witnessing firsthand the disintegration of the Reich, until her daring escape six months later into Switzerland. From Peter Finn, coauthor of the National Book Critics Circle Award finalist The Zhivago Affair, this Washington Post Best Book of the Year is both a fast-paced account of a little-known chapter in the history of World War II and a fascinating portrait of an extraordinary woman.

"The life of a young woman named Gertrude 'Gertie' Legendre was so exotic that it sounds like the plot of a stage play or a motion picture…. Her saga is like no other."—Washington Post