Monsieur Mediocre: One American Learns the High Art of Being Everyday French 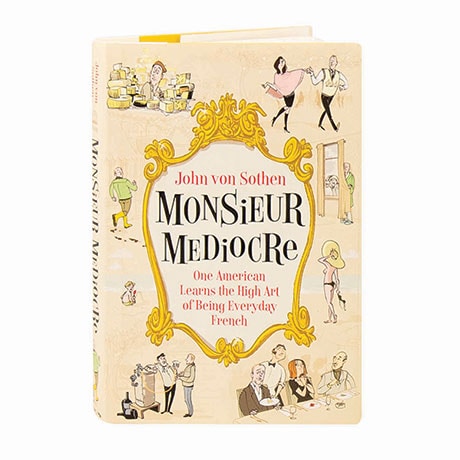 Monsieur Mediocre: One American Learns the High Art of Being Everyday French

Americans love to love Paris: We buy books about how the French parent, why French women don't get fat, and how to be Parisian wherever you are. Through the stories his mother told of her year spent there as a student, John von Sothen fell in love with Paris. Aafter marrying a French waitress he met in New York, von Sothen moved to Paris, but 15 years in, he's finally ready to admit his mother's dream city is mostly a fantasy. In this hilarious and delightful collection of essays, von Sothen walks us through real life in Paris, myth-busting our daydreams but also revealing other, less frequently touted reasons to adore the City of Light.

"Von Sothen delights in this wry narrative about the gritty, grumpy realities of being an American adjusting to the Gallic lifestyle…. With self-deprecating humor, von Sothen wonderfully gives an insider's take on living life as an outsider."—Publishers Weekly