Sorry For The Dead: A Josephine Tey Mystery 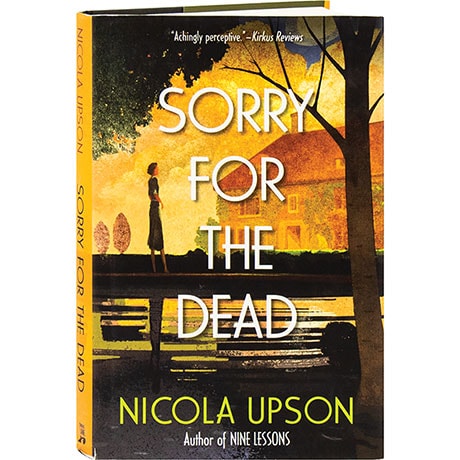 Sorry For The Dead: A Josephine Tey Mystery

In the summer of 1915, the sudden death of a young girl brings grief and notoriety to Charleston Farmhouse on the Sussex Downs. Following Nine Lessons, Nicola Upson's eighth book in the series follows real-life mystery novelist Josephine Tey as she returns to the same house many years later, and remembers the two women with whom she once lodged as a young teacher during the Great War. As past and present collide, with murders decades apart, Josephine is forced to face the possibility that the scandal which threatened to destroy those women's lives hid a much darker secret.

"Magnificent…. Upson couples an engrossing plot with a nuanced and poignant look at human passions and frailties. Fans of golden-age mysteries will be more than satisfied."—Publishers Weekly (starred review)