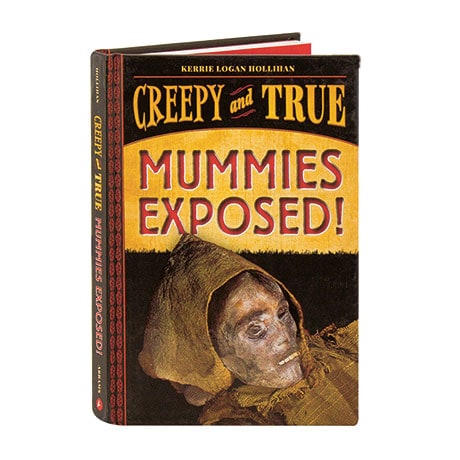 Just when you think you know everything there is to know about mummies, new facts are unearthed. This illustrated guide for readers 9 to 12 goes beyond the familiar Egyptian mummies and uncovers the secrets of preserved bodies from around the globe. As explained here, new technologies have uncovered fresh facts about old favorites, such as Ötzi the Ice Man found in the Alps, and recent findings have analyzed mummies rarely discussed before, like the Orlovits family of Hungary, laid to rest in a forgotten church crypt. Among those included are the first example of a Moche warrior priestess found in Peru, bog bodies that were preserved in Irish wetlands, and a Buddhist monk laid to rest within a sculpture.