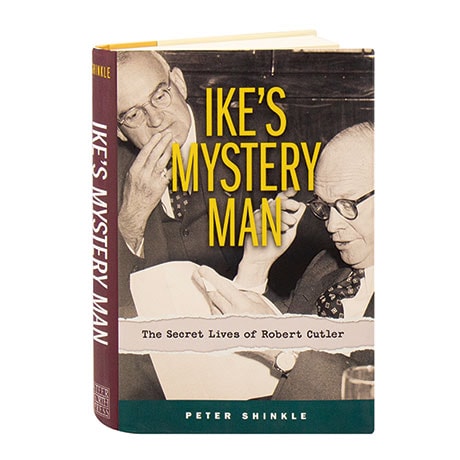 A loyalist who worked behind the scenes to get things done, Robert Cutler was President Eisenhower's National Security Advisor, and he shaped U.S. Cold War strategy in far more consequential ways than previously understood. Cutler struggled throughout his public career to discover and embrace his own sexual identity and orientation, and he was in love with a man half his age, NSC staffer Skip Koons. A friend of both men, White House security officer Steve Benedict preserved Cutler's papers, which document his lifelong emotional upheaval. Here Cutler's great-nephew Peter Shinkle sheds light on a fascinating man, an unusual love triangle, and America during the Lavender Scare.

"Shinkle's illuminating biography is a love story, albeit an agonizing one and one that reveals a singular character in American Cold War history."—Boston Globe